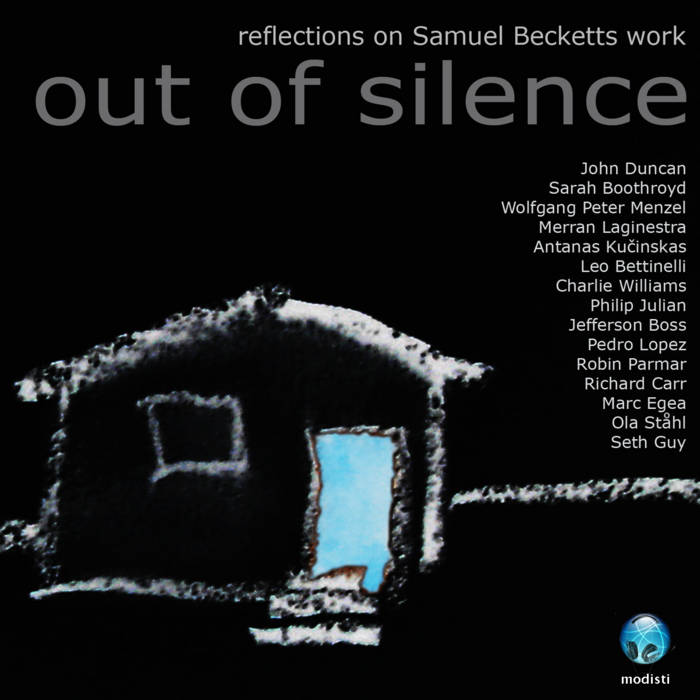 
The unique Samuel Becketts work, plays, novels and poetry, rendering him the nobel prize in literature, is characterized by a deep expression of human silence, in spite of his figures´ sometimes endless babbling.

With the starting point in that crackling silence I saw the challenge for sound artists to respond to.
There are not so many sound works corresponding to Becketts work, but a lot of experimental sound together with texts of the author. When asking the artists for contributions to these two CD:s I want them to conduct themselves more to what they felt being the essence of Becketts work than to illustrate a text based on intellectual understanding.

The pieces include a wide range of different interpretations, possibilities of understanding Becketts work in sound, from using the authors text changing into a sound atmosphere, from language destruction down to a noise level,
from rhythmic repetition to epic width. finally the SOUNDING NOTHING project turned out as a double CD as it was ment to be.

When asking the artists for a sound reflection the only relation demanded was the Beckett affiliation, nothing more, nothing less, the rest was up to each of them.

Whether sonorous images or compositional pieces, there were no restrictions.
Generally the sound pieces are nor translations neither literally rendered. They just bear parallel witness, as soundtracks, of what Beckett was writing about.
Whether these works of sound art will be experienced as music or not is a secondary question. a careful deep listening will transpose them somewhere to the farthest edge, in the centre of the listener - out of silence.

1. YOU by Sarah Boothroyd

A one minute adress form, the first and basic one. There is Me and there is You and between us there is language, maybe You and Me are nothing but language.

A harsh poem by Beckett, in this sounding shape reminding of shortness of life, even childhood´s joy and life`s end in the same moment.

There is something encapsulated about this piece, a kind of sadness.

A piece nearby the zero point. Questions like When does it begin and When will this end arises, where is the moment and what is the difference between pause and motion ? Is there a difference ?

Another piece about language and its insufficiency. Lost memory perhaps leading to lost identity and language as repetition in itself.

6. FOR FILM by Philip Julian

Composed as a sound track for FILM.

A piece about the themes in the break through theatre play " Waiting for …. ".

8. SNOWBLIND AND FALLING by Robin Parmar

Reflecting the textures of the composers own voice in the mirror of a theatrical reading of Samuel Becketts poetry.

9. THE TELEPHONE CALL by Richard Carr

A dialog - two monologs - or just the listener as the third part ?

Coresponding to Becketts poetry between Whoroscope and What is the word the text slowly becomes a transition to something beyond the text.

One of the shortest possible descriptions of life.

Another FILM soundtrack on this CD package. A struggling, growing and extremely tight composition with sound colors creating an claustrophobic atmosphere.

A piece of calm reconciliation about mans situation in time and space.

Bandcamp Daily  your guide to the world of Bandcamp